Three customers of the cryptocurrency exchange Coinbase have launched a class-action complaint against the company, which is being investigated. According to the complaint, the cryptocurrency exchange website allows consumers to trade 79 cryptocurrencies that are not registered with the Securities and Exchange Commission (SEC), including XRP, dogecoin (DOGE), and Shiba Inu (SHIB). They did, however, state that due to the decentralized nature of Bitcoin (BTC) and Ethereum (ETH), they should not be deemed unregistered securities.

The lawsuit was filed on behalf of all Coinbase customers, who claim that the platform violated 15 securities regulations, including the need for individual trading securities register as an exchange. In the lawsuit, the plaintiffs demand monetary damages and an order prohibiting Coinbase from engaging in illegal acts.

Following Coinbase's reluctance to register these crypto assets with the SEC and state authorities, the complaint claims that selling these tokens violates both federal and state laws.

"Purchasers do not have access to the disclosures that accompany the issuances of traditional securities. Rather, investors receive at most only the so-called whitepapers, which describe the token, but do not satisfy the requirements for a prospectus under federal and state securities laws," the lawsuit said.

Coinbase CEO Brian Armstrong is also listed as a defendant in the lawsuit. According to the complaint, Armstrong was aware of the facts that led to the lawsuit's filing because he was aware that Coinbase was not registered as a securities exchange and that it sold the tokens, which were unregistered securities at the time.

The cryptocurrency exchange has been subjected to heightened scrutiny for some time now, and it seems that this trend will continue with the filing of the latest complaint.

Last year, Chairman of the Securities and Exchange Commission Gary Gensler sent a warning to Coinbase, encouraging the exchange to register with the SEC and noted that it offers hundreds of tokens that may be considered securities. With the current update, it's almost as if the company turned a deaf ear to the warning. 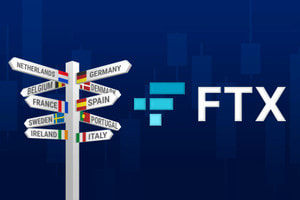