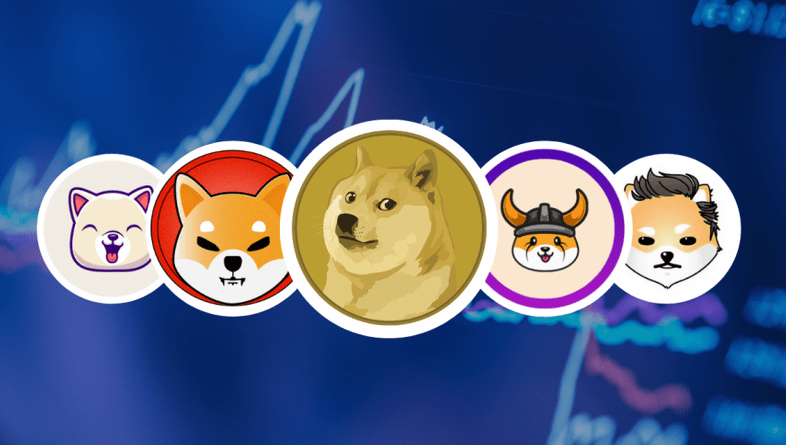 Shiba Inu is now one of the most lucrative crypto investments in the space. In the space of one year, the meme coin has given investors over 2,000,000% in ROI according to data from CoinMarketCap. The massive returns from the altcoins have quickly catapulted it into one of the most attractive Digital assets for crypto investors. But why is this?

Wall Street Journal (WSJ) retail investing reporter Caitlin McCabe, tackles this question. In a recent video posted to the Wall Street Journal website, McCabe talks about the reason behind the meteoric rise of Shiba Inu and why investors continue to pour money into the altcoin despite having no utility whatsoever.

Starting out, McCabe explains that one of the major drivers behind the popularity of the digital asset has been the returns on investment. Some highly popularized cases have shown that investors have seen massive gains from relatively small investments made into meme coins. One example is the case of the investor that bought $8,000 worth of SHIB in 2020 and by October 2021, the investor was a billionaire.

“We’ve seen examples where someone put a little bit of money into something like Doge or Shiba very early on and then they became millionaires overnight,” said the reporter. The drive to make these sorts of gains has driven more investors to try their luck out with the asset, hoping the same thing will happen to them.

Caitlin McCabe goes on to further explain that investors see coins like Shiba Inu as a good way to make some quick money as well as try their hands out at investing. It serves as a perfect point of contact as investors do not have to worry about making a large initial investment, yet could end up making thousands of dollars off their small investments.

What Is Driving The Growth Of Meme Coins?

The success of meme coins like Shiba Inu and Dogecoin has led to the rise of other meme coins in the market. One such coin is Floki Inu named after billionaire Elon Musk’s pet Shiba Inu called Floki. However, the question remains, what are the factors driving the growth of these meme coins?

The first answer is the memes behind these projects. Dogecoin, the OG meme coin, was made as a joke in 2013 following the popularity of the Shiba Inu memes at the time. Like the meme stocks, the digital assets are community-driven projects that rise and fall sharply depending on the hype surrounding that particular project, says McCabe.

“Dogecoin sort of became the test case for meme coins and that’s really helped lead to the rise of other meme coins like Shiba Inu.”

Support from prominent figures in the space has also played the most important role in the growth of the likes of Dogecoin and Shiba Inu. Elon Musk singlehandedly started the meme coin craze around Dogecoin when he started tweeting about the meme coin at the start of the year. Since then, most of the meme coins have followed that template to try to play off the buzz generated by the Tesla CEO.