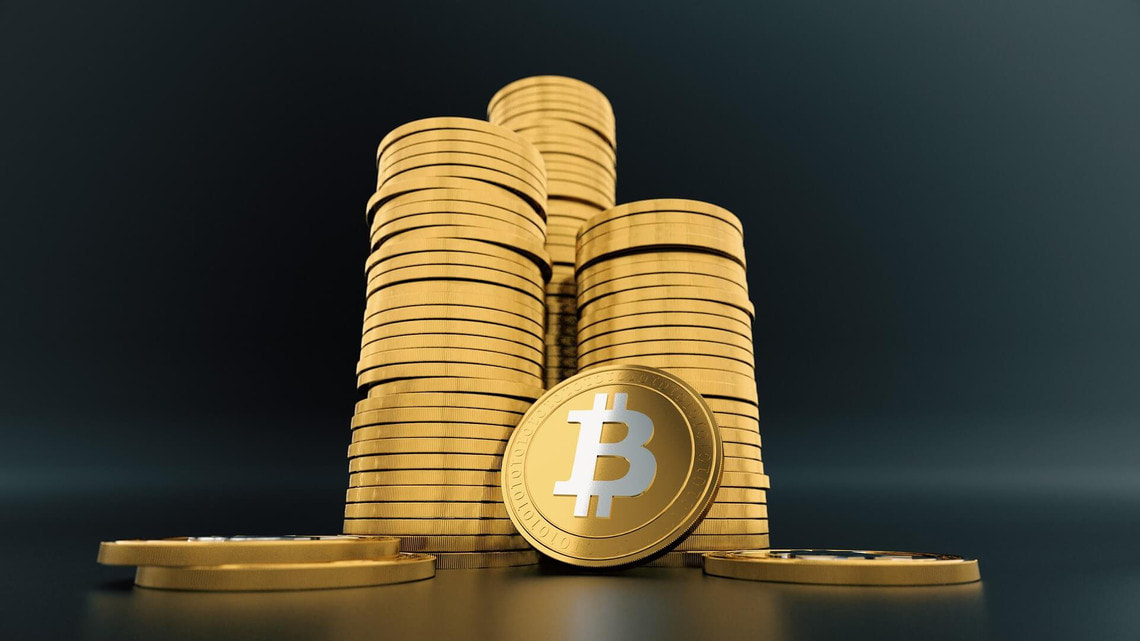 Bitcoin has attracted many different types of investors, from hard-boiled financial traders to average people who have only recently been exposed to the concept of cryptocurrency.

It is safe to assume that if the current trends continue, Bitcoin will continue to rise in value and become an increasingly large part of the global economy.

The Price of Bitcoin Through History

Bitcoin first started trading in July 2010 for as low as $0.0008 per coin. At the time of this writing a single bitcoin trades for over $60,000 USD with a total overall market cap of over one trillion US dollars.

The first real-world Bitcoin purchase occurred in May 2010 when 10,000 bitcoin were used to pay for two pizzas, valuing bitcoin at a fraction of a cent each. A year later those same bitcoin were valued at over $10,000 dollars as Bitcoin first reached $1 per coin. By 2013, a single bitcoin was worth over $1,000, making the 10,000 bitcoin used to purchase pizza a few years earlier worth over $10 million dollars. Today those bitcoin are worth hundreds of millions of dollars.

Is Bitcoin a Good Investment?

There are many reasons you might consider investing in Bitcoin. Bitcoin provides a convenient way to store and transfer money, without the need for a financial intermediary such as a bank or payment processor. Bitcoin’s inherent properties provide a more secure and affordable way to send and receive money globally.

Bitcoin also offers a number of other benefits over fiat currencies and other traditional asset classes. The most important benefit of Bitcoin is the fact that it is decentralized. This means that no single party controls the Bitcoin network. This allows for greater financial freedom and security for users of the network.

Bitcoin also has a fixed supply of 21 million coins. This is in stark contrast to fiat currencies, whose value is determined by the central banks of the respective countries. These central banks can print money at will, leading to inflation. Bitcoin, on the other hand, is deflationary by design. This attribute makes Bitcoin an attractive investment for those seeking to protect their wealth from inflation.

Risks of Investing in Bitcoin

While Bitcoin has many benefits, it also comes with a number of risks. The most obvious risk is that you could lose a large portion, or even all, of your investment. Although Bitcoin can be used as a store of value, it is still a very volatile asset. In the past, Bitcoin has been known to lose up to 70% of its value after periods of increased volatility. For this reason, Bitcoin should only be used for medium to long term storage.

Another risk of investing in Bitcoin is that it is not widely accepted as a medium of exchange. Even though Bitcoin has been around for over a decade, it is still not accepted by many merchants. This makes it difficult to use Bitcoin to buy goods and services.

Additionally, Bitcoin is still not a widely understood concept to the general public. This means that education is key to helping people understand how to use it.

How to Invest in Bitcoin

As with all investments, it is important to do your research before investing. Never rush into a transaction without educating yourself about the product or service that you are buying. The cryptocurrency market is very volatile, and there are many different factors that can affect the price of different cryptocurrencies.

How to Buy Bitcoin Online

To get started buying Bitcoin online, take a look at our Bitcoin Exchange Reviews.

How to Safely Store Your Bitcoin

As with any investment, it is important to keep your money safe. Never store any cryptocurrency on an exchange that you are not prepared to lose.

If you are planning on holding your bitcoin for a long period of time, it is best to store your bitcoin in a cold storage or hardware wallet. A cold storage wallet is a Bitcoin wallet that is not connected to the internet and cannot be compromised.

To find out how to properly store your bitcoin, take a look at our Hardware Wallet Reviews.

Alternative Ways to Invest in Bitcoin

The direct way to invest in Bitcoin is to buy it, but there are other ways to invest in Bitcoin as well. As the price of Bitcoin continues to rise, more and more companies are accepting Bitcoin as a viable payment method. As those companies gain more exposure to Bitcoin and add it to their balance sheets, their exposure to Bitcoin will be reflected in the price of their stock. As a result, investing in companies that accept or hold Bitcoin can be an indirect way to invest in Bitcoin. Two major examples of this are Tesla Inc. (NASDAQ:TSLA) and MicroStrategy Inc. (NASDAQ:MSTR) who both have considerable corporate Bitcoin reserves.

Bitcoin is the most popular and highest valued cryptocurrency at the moment. However, there are hundreds of other cryptocurrencies that you can buy and sell.

The most popular alternative to Bitcoin is Ethereum. Ethereum is a decentralized software platform that allows people to create smart contracts and decentralized applications. The price of Ethereum has been highly volatile, but it has been one of the top performing cryptocurrencies in the space. Ethereum is currently the second most valuable cryptocurrency after Bitcoin.

Is Bitcoin in a Bubble?

Bitcoin is a very volatile asset, and the price of Bitcoin has been known to fluctuate drastically in a very short period of time. As a result of this volatility, some economists have labeled Bitcoin as a “bubble”. Many have been skeptical of Bitcoin since its inception, and have been hesitant to invest in its future.

Even with all of the criticism, Bitcoin has not stopped growing and expanding. In fact, the price of Bitcoin has continued to rise and is up hundreds of percent in the past two years alone.

As we continue to reach the mainstream, we can expect more and more people to experiment with Bitcoin, and as a result, the price of Bitcoin will continue to rise. For those of you who are unsure about Bitcoin, now is the time to start educating yourself.

How to Cash Out Your Bitcoin

In the future, as Bitcoin and other cryptocurrencies become more popular, it is possible that you will be able to use cryptocurrency to pay for goods and services directly without ever needing to cash out. In the future envisioned by Bitcoin’s creator, Satoshi Nakamoto, Bitcoin would be used to pay for most transactions without ever needing to re-enter the fiat currency system.

Bitcoin Halving and Its Effects on the Price

Every 210,000 blocks (roughly every four years), the block reward and new supply of Bitcoin gets cut in half. This causes the price of Bitcoin to experience growth cycles approximately every four years. Moreover, this helps Bitcoin maintain its pattern of exponential growth.

The block reward for Bitcoin started at 50 bitcoin per block. On 28 November 2012, the block reward was cut to 25 BTC per block, causing a prolonged price uptrend in price and the start of a bull run.

It is estimated that by the year 2140, the last bitcoin will be mined. However, only 21 million bitcoin will ever be produced. This makes Bitcoin a scarce, finite resource. As the world's demand for bitcoin increases, the value of bitcoin should increase as well.

The demand for Bitcoin is growing at an exponential rate, and according to experts, we may see the price of one bitcoin reach $1,000,000 USD in the next 10 years.

Bitcoin is a ground-breaking technology that has the potential to disrupt the existing monetary system. With its growing popularity and its exponentially rising price, there is no doubt that Bitcoin is an exciting investment opportunity. As with all investments however, it is important to do your research before investing.

To learn more about Bitcoin, check out our article "What is Bitcoin".