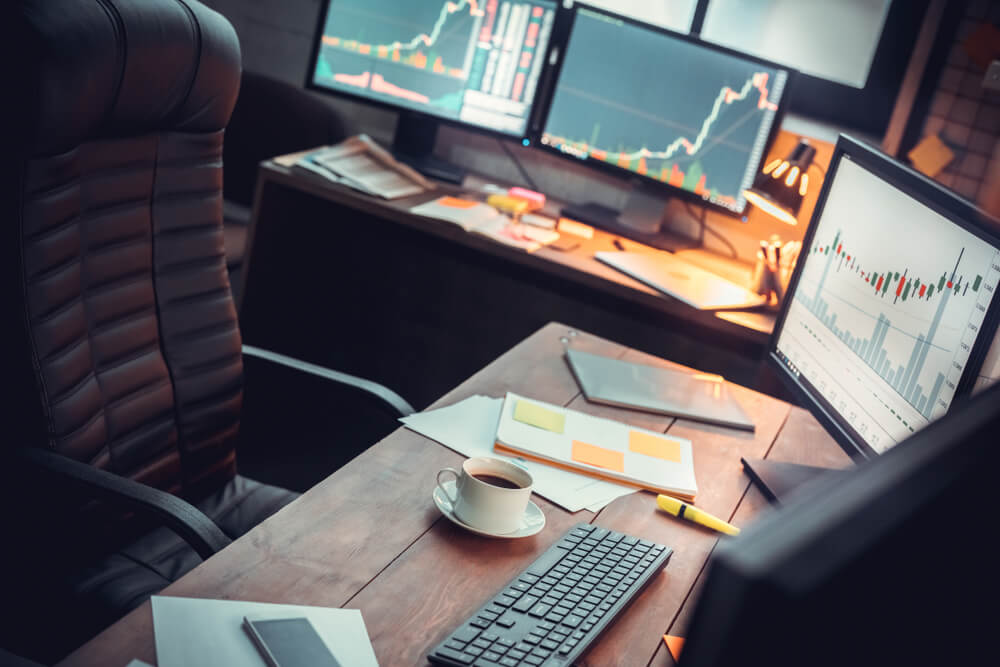 Financial Independence, Retire Early (FIRE) is a financial strategy that embraces the idea that it's possible to build up investable assets to a point where you can live solely off of the income generated by those assets without having to work. There are lots of different ways to reach that goal, but the basic idea is that you try to live off of the returns of your investments without touching the original principle.

FIRE is not an easy goal to achieve, but it's one that could be very beneficial for you if you're able to pull it off. It's more than just saving money for your retirement; it's about achieving an early retirement and avoiding the grind of a regular job. It's about being able to spend more quality time with your family and friends. It's about having more flexibility and more freedom than you'd have if you continued to follow the typical career path.

The first step to achieving FIRE is to become financially independent. You need to be able to live off of your investment income without having to draw from the principle of your investments. This means you need to have enough money saved to provide you with enough income to fully cover your living expenses.

Being financially independent does not necessarily mean that you have to retire. Some people choose to save up enough money to quit working. Others choose to work as much as they want and then use their passive income to fund their desired lifestyle instead.

There are two major components of the FIRE strategy. The first is to maximize your income. The second is to minimize your expenses. The goal is to generate enough investment income to fully cover your living expenses.

In order to achieve financial independence, you will need to have a good understanding of your current financial situation, what you will need to live on, and how much money you have available to save. It is also important to get a good understanding of the investments you have available to you, as well as their potential returns.

How Much Money Do You Need?

The amount of income you will need to support your lifestyle will depend on several different factors, including where you live, what you spend, and how you plan to spend your time.

There's a lot of debate over what the exact amount of money is to achieve financial independence, but generally people who want to maintain a more expensive lifestyle need to save more than those who want a simpler lifestyle.

The "4% rule" is a commonly used guideline for determining how much money you need to have saved to achieve financial independence.

The 4% rule is based on the idea that you should be able to withdraw 4% of your investable assets each year without running out of money in retirement. This is a good rule of thumb based on historical averages of how the markets have performed, but it's not an exact science, and there are a lot of scenarios where you would want to withdraw more or less than 4% of your investments.

There are a number of different strategies that individuals use to achieve FIRE. Some of the most popular strategies include:

Lean FIRE is the term used to describe the minimalist approach to FIRE. The idea is that you can achieve FIRE with a lean investment portfolio by keeping your expenses low and living a frugal life. The assumption is that you will be able to cut back on your spending in order to bridge the gap between what you need to live and what your passive income generates.

Following the lean FIRE strategy requires you to be hyper-aware of your spending and the return on your investments. It requires you to track your expenses and to reduce them when possible in order to make your passive income stretch further.

Barista FIRE is a strategy that takes the lean FIRE approach to the extreme. The idea is that you can achieve FIRE with a very small amount of savings by making your living expenses as low as possible and working a part-time, low-paying job such as a barista.

The barista FIRE strategy is very similar to the lean FIRE strategy, except that it allows you to achieve FIRE more quickly by reducing your living expenses to a bare minimum. It also requires you to work part-time so that you can keep your income low and your expenses low.

Fat FIRE is the opposite approach to lean or barista FIRE. Rather than cutting back on your expenses in order to achieve FIRE, the fat FIRE approach is to increase your income so that your investments cover your expenses without any frugality. The fat FIRE approach is suited to people who want to achieve FIRE and are well positioned to earn a high level of income or who have a lot of excess income that they can invest.

If you can achieve it, fat FIRE is the easiest way to achieve FIRE. It doesn't require you to cut back on your spending. However, it does require you earn a lot of income, which may not be possible for everybody.

Who Is FIRE For?

Financial freedom and retirement isn't something that's limited to the extremely wealthy. It's possible for anyone to achieve. It's just a matter of saving and investing your money wisely.

What Age Is Considered Early for Retirement?

What Do You Do With Your Time When You Retire Early?

There is a big debate about whether or not working is necessary for a fulfilled life. Traditionally, the idea of retirement is to cease working and live off of your retirement income. Some people view this as an opportunity to step back and focus on what they want to do in life. Others feel that they need to work to stay mentally and physically active.

The FIRE movement and philosophy has really taken off in recent years. There are a number of blogs and forums dedicated to helping people achieve financial independence and retire early. There are also a number of books on the topic, including Mr. Money Mustache's seminal "Mileage May Vary" as well as more recent ones like "Early Retirement Extreme" by Jacob Lund Fisker and "Radical Personal Finance" by Brad Barrett.

The FIRE movement has been criticized as being a bit too exclusive and elitist, though the amount of money you need to save in order to retire early will vary greatly depending on the lifestyle you want to lead. There is no standard FIRE number, but it is typically in the millions of dollars. The bigger your goal, the more disciplined and focused you'll need to be in order to reach it.