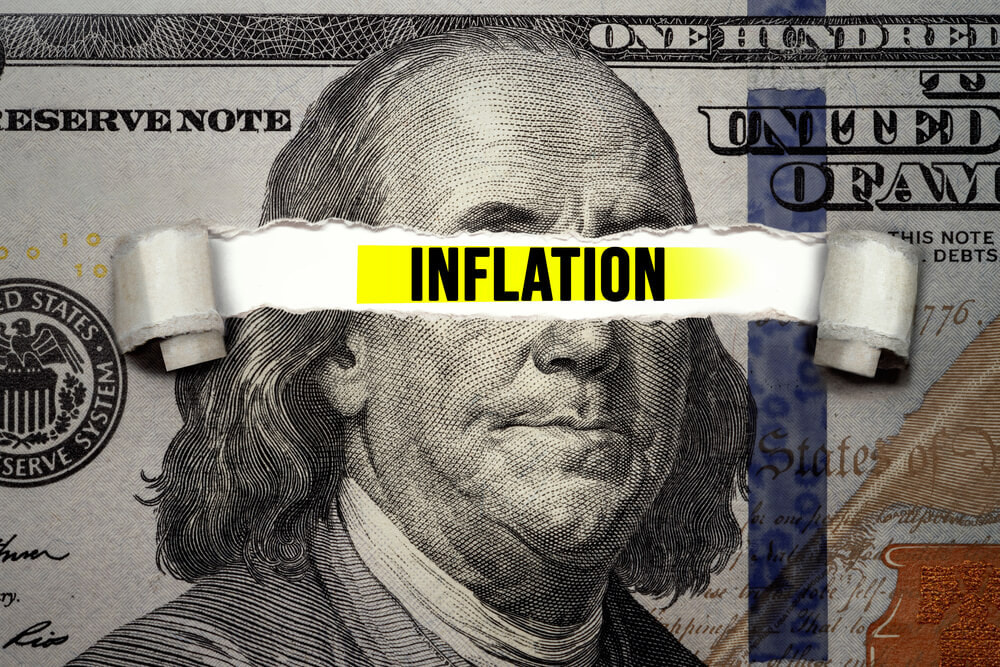 The primary cause of inflation is an increase in the supply of currency. When a government or central bank increases its money supply, it devalues its currency. The more currency that is created, the less valuable each unit becomes.

Currency isn't only comprised of paper money which is debased by printing money, it also exists as credit and debt. Central banks can debase currency by increasing the money supply through credit creation, and commercial banks can increase the currency supply through fractional reserve lending.

A central bank is a government-sponsored institution that is responsible for a nation's monetary policy. The central bank can make decisions about the supply of money in the country.

Fractional reserve banking is a legal practice that allows banks to lend out more money than they have in deposits. When someone takes a loan from a bank, the bank doesn't have the cash on hand. Instead, the bank keeps a certain percentage of its deposits as a reserve and lends out the rest.

The money banks lend to borrowers is not "printed." It is simply a bookkeeping entry. The money on loan did not exist before the bank lent it out. This process of loaning out money that doesn't exist is called "credit creation," which is a type of money creation.

Fractional reserve lending is a legal form of counterfeiting: it allows banks to create money that did not previously exist.

Is Inflation Good or Bad?

Inflation is a form of taxation. It is a hidden tax that is not part of the price you pay for goods and services. It transfers wealth from those who hold nominal savings to those who are the first to spend the new currency. This is why some people refer to inflation as the "inflation tax".

See whether your own wage has kept up with inflation using our wage inflation calculator.

Why the Government Wants Inflation

Inflation can be beneficial to the government if it is used to cover up a money shortage. If the government does not have enough money to pay for all of the goods and services it purchases, it can create new currency to cover the deficit. This gives the government a way to cover its spending without raising taxes directly. Instead, the additional value is taken from the currency holders through the loss of their purchasing power. Inflation also allows the government to pay its debts with currency that is worth less than the amount it borrowed.

Hyperinflation is an extreme form of inflation that occurs when the money supply dramatically exceeds the value of goods and services the currency can buy. A government experiencing hyperinflation will have devalued its currency to such a degree that it becomes worthless. This can be evidenced by the large amount of currency required to buy basic goods and services.

Hyperinflation is generally caused by a central bank rapidly increasing its nation's currency supply. The increase in the currency supply is often a result of government over-spending. By paying for goods and services with a money substitute with no inherent value, the government avoids raising taxes to cover its spending. The central bank can create new currency in practically unlimited quantities since most nations' currency is not backed by anything tangible. This allows the government to pay for goods and services without having the revenue to back them up. This type of irresponsible government spending can lead to hyperinflation.

Could hyperinflation happen in the US?

While hyperinflation is generally only seen in developing and third-world countries, it is possible for hyperinflation to happen in the US. There are a few key indicators that the US might be on the verge of hyperinflation. For one, the US Federal Reserve has been printing money at an unprecedented rate. The US government's spending deficit has also reached historic levels. These two factors combined with the US dollar's failing status as the world's reserve currency could lead to hyperinflation in the US.

You can protect yourself from the inflation of your dollar by buying assets that retain value over time. This includes gold, real estate, cryptocurrency, or shares in companies that produce goods and services. Investing in assets that increase in value over time will help you offset any losses in the value of your currency. You can sell your assets at a later date when your currency has declined in value to offset your losses.

In the past, investing in gold has been considered to be the best way to hedge again inflation. However, this has changed as time has passed and investors have moved on to investment options with better returns. The current yearly return on gold is not enough to adequately hedge against the growing inflation rate.

As such, digital investments which give a high return year-over-year, despite their incredibly volatile nature, have become the best way to hedge against inflation. With a year-over-year return of more than 200%, Bitcoin is now a more favorable hedge for inflation over gold.

To learn more about protecting yourself from inflation, read our article on investing strategies.